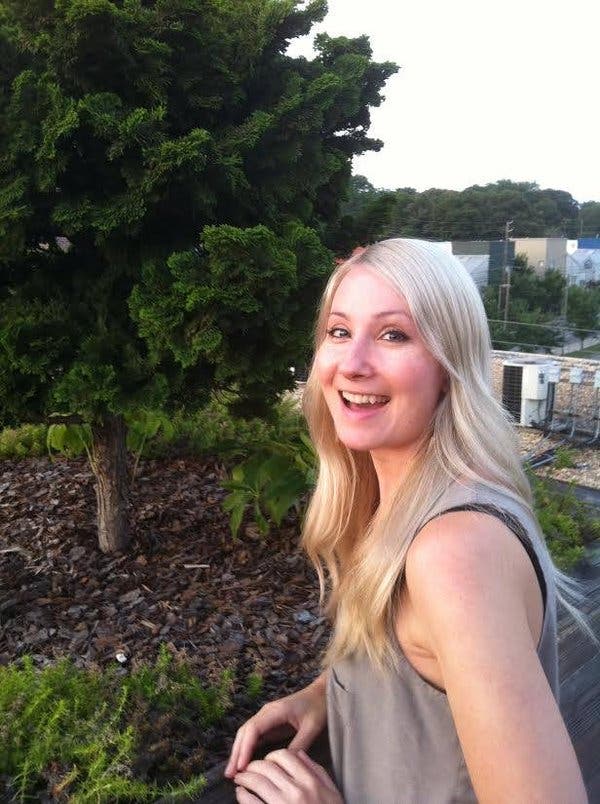 “When I was seven, I stole a book. It was just a pamphlet of baby names but, as kids sometimes do, I wanted it so I took it. My father Joseph realised what I’d done and furiously marched me back to the shop to return it and apologise to the owner. It was ironic, given that a few years later he started robbing banks.

Dad carried out 11 robberies in the summer of 1994, after losing his job in a car factory. He’d walk into a bank and slide a handwritten note across the counter: “This is a robbery, give me all the bills in your drawer.”

When the police eventually caught up with him, he was sitting in a bar, drinking a beer and eating a sandwich. I was 13 and my sister Boo was 15, and his crimes were a complete surprise to us. We didn’t know he’d lost his job, so didn’t question where his money was coming from.

My mum Nora had divorced him in 1989. She suspected something but never confronted him as she didn’t want to get involved.

My sister had to identify Dad for the FBI – she had chosen to live with him, whereas I lived with our mum. Looking at blurry CCTV footage, Boo recognised him because he was wearing her University of Michigan hat. It seems Dad was always in disguise. For one robbery he wore braces and a  false moustache, which earned him the nickname “the Mario Brothers bandit”.

Boo wanted to go to every court appearance, but Dad’s trial dragged on and eventually Mum said she’d had enough, so we read about it in the paper. In late 1995, he was sentenced to 10 years in prison. I was angry with him, but also relieved.

Dad didn’t even keep much money as he was a compulsive gambler – that was what had led to him robbing banks. But the courts made him pay back what he’d stolen – about $53,000.

When he was arrested, some of my childhood memories of Dad’s strange behaviour and the tension between him and Mum made more sense. Once, when I was six, I found a bag in his wardrobe with a gun in it.

I’d never seen a real weapon before and thought it was a toy, but I can still remember how heavy it was. I don’t know why he had it, but after the robberies, I wondered if that was the gun he’d used.

I chose not to visit Dad in prison – I got on with my life and went to college.He was released after serving seven years, and Boo and I went to see him at his brother’s house. Dad was in the kitchen, laughing with a beer as if nothing had happened. My sister hugged him, but I was wary, certain he’d soon be back to his old habits.

Sure enough, in 2010, Dad was sentenced to 10 years in prison for robbing three more banks. It wasn’t a surprise, but it was still disappointing.

For a while, I worried I had his addictive genes and even found myself experimenting with shoplifting. I never got caught but it didn’t give me a buzz, so I stopped. I tried gambling, too, but didn’t get a thrill from that either. Thankfully, I realised that my father’s ways weren’t hereditary.

I found a bag in his wardrobe with a gun in it. I’d never seen a real weapon before and thought it was a toy.

I used to worry that I’d never be able to trust men, but that’s not the case as I’ve been with my boyfriend Blake ever since we met at a poetry reading five years ago. I can’t wait to marry him next spring.

In spite of everything, I still love my father, even though he’s made it very difficult. When he gets out of jail in the next couple of years, he’ll be in his 70s, and I imagine too old to return to his criminal ways.

At least, that’s what I’m hoping“.