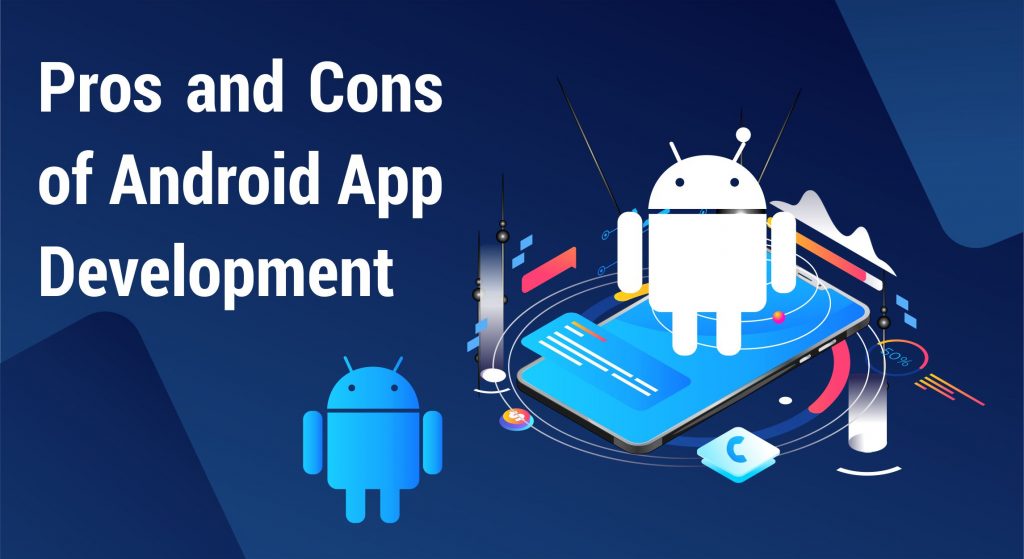 The Android operating system has been in the market for several years now. Its popularity has grown ever since its first release, and it supports many smart devices today. Android apps are also popular among Android users with their new and improved features every year. However, there is both good and bad to app development for the Android market. Here are some of them:

Easy Access to Learning Resources: Learning Android app development is easy because of the availability of resources. A lot of information is available on the internet and can be accessed for free. Google also offers free training for beginners and experts alike. These materials are structured and also have additional video resources, animations and graphics. There are also interactive exercises for developers. The best thing is that web developers for hire can pay a one-time exam cost to take the official exam and receive a Google Developers Certification.

Simple Procedure for Publication: Getting an app on Google’s Play Store is way easier than the Apple Store. While it takes time for apps to be reviewed and approved, almost all of them make it to the Store unless they violate some of the major content policies. Google does not review apps as strictly as Apple. It is more open to new content and developers can also release a beta version for testing their app before finally publishing it. The process is easy, and there is also no risk of wasting a lot of money.

Choice of Programming Languages: Android’s two official programming languages are Java and Kotlin. Java is one of the most widely used languages in web development. It is an object-oriented language and is also cross-platform. Expert Java developers for hire are easy to find, and so are Android developers. Kotlin brings in a new approach to coding and facilitates the process of app development. It simplifies everything that is complex in Java and ensures that apps are developed in much less time.

Independent Hardware: Android is hardware-independent. It is highly suitable for developers because they do not need to worry about the hardware while developing apps. Since Android apps are made using Java, Android development tools like Android Studio, Fabric, Eclipse, and so on can also be used on Windows, Linux and Mac OS. Web Developer can also use Google’s revolutionary Flutter platform to develop apps without much hassle.

Instant Apps: Android’s instant apps are one of its best features. Instant apps can be launched from the Play Store directly without downloading them. They are readily available and are also faster. Users can have access to the app and try it out before downloading it. If the app is a paid one, they can get a preview of it. They are not only easy to access but also easy to build. Only a few configurations and adjustments can turn any Android app into an instant one.

The Android Market: The Android market is huge but the amount of time Android users spend on their apps is much less compared to Apple. Users also tend to stick to free apps or free versions of paid apps rather than buying them. It is problematic for web developers because they may spend months building an app, but it may not get the targeted number of users. As for the users, Android’s free and easily available apps may mean that quite a few of these are of poor quality and may crash after opening them.

Security Problems: Android is open-source, and this can be a major security concern. It is easy for hackers to hack Android apps, especially when people do not update their phones regularly. App developers have to conduct complex encryption to prevent their apps from getting hacked. They have to add several security features to protect the apps from malware of any kind. The process is time-consuming and somewhat tedious.

Copyright Issues: Another common problem that web developers face is regarding copyright. Since Google easily accepts apps for its Play Store, it does not perform thorough copyright checks for these apps. Developers often run the risk of copyright infringement because the Play Store may release an app that has the same features as their app. They may also end up releasing an app that has the same features of an already existing app in the Store.

Device Fragmentation: Device fragmentation is a primary concern for Android developers because of the number of Android devices available in the market. It is difficult to make an app compatible with all the existing devices, and the app may not perform well in all of them. For this reason, developers have to either limit the number of supported devices or reduce the quality of the app. Developing an Android app becomes difficult when this is taken into consideration.

App Testing: Testing apps for the Android market is also challenging due to the variety of devices. Devices come in all shapes and sizes, and so it is not just about making them mobile responsive. Developers cannot test an app for each available device and make it available for all.

Despite all the pros and cons, developing an app for Android can be fun and less challenging. As a web developer, if you follow the latest development guidelines, conduct market researches and make the best use of all the available resources, you can create an app that is perfect for the app store.