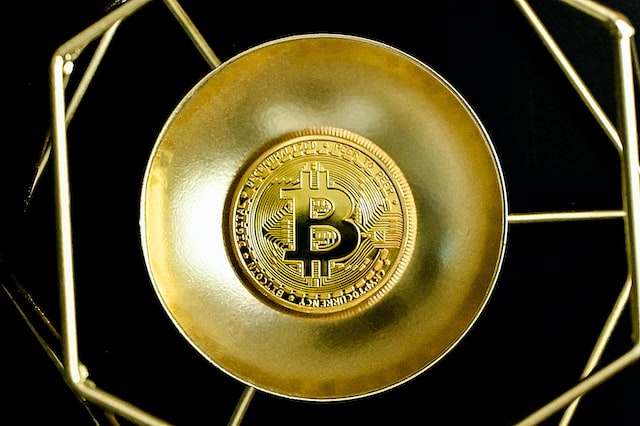 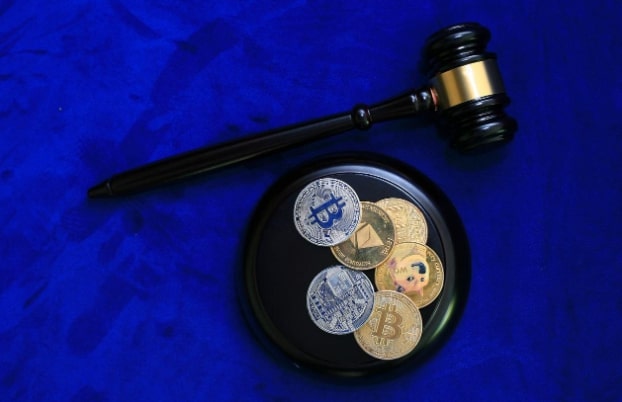 Vancouver(CoinChapter.com): The regulatory system towards cryptocurrency is constantly evolving, but at a slower pace than the crypto market itself. Institutions and the broader public feel a need for a clear and comprehensive regulation to work with cryptocurrency. The widespread scams, phishing, and hacks that the industry faces have no legal repercussions. This strengthens the audacity of the malefactors and presents the image of crypto as a shady character.

Inactive policymakers need to be awakened

The boom in the NFT market in 2021 jolted the government and international institutions. With over $9 billion in NFT sales on Ethereum, a need for a well-defined regulatory system for NFTs can be felt to sustain the market’s development in the future. The NFT market witnessed $1.5 million in illegitimate activities in the last three months of 2021 alone. Although this data is negligible if we compare it to the scale of money laundering happening elsewhere, this detrimental trend may continue in 2022.

The United States and the United Kingdom failed to come up with a clear guideline on NFTs, as there is still some uncertainty on how to classify the asset class. NFT issuers and marketplaces may be required to act in accordance with Anti-Money Laundering and Know Your Customer practices. The long-awaited report of the Fed released in January explored the cost and benefit of a government-regulated cryptocurrency. The report ultimately postponed the final decision on whether to move forward and gave the public and other stakeholders time to share their input before May 20, so that it can take further action.

Similarly, Stablecoins also caught policymakers sleeping. Stablecoins sales also increased five times and accounted for $164 billion at the end of 2021, which was $26 billion at the start of 2021. It continued to grow in 2022 and expanded by 6.8% in the first six weeks of the year. The Financial Stability Board, an international body that monitors and coordinates financial regulators globally, presented its report in 2020 and 2021, where it called for action on Stablecoin. The board has set a preliminary deadline of July 2022 for the establishment of regulatory frameworks in national jurisdictions. The emergence of decentralized U.S. dollar-pegged stablecoins further complicated the regulation of Stablecoin. However, experts anticipate that Stablecoin will be the first cryptocurrency to be regulated.

Why does crypto need regulation?

More regulation of cryptocurrencies means more stability in this volatile market. Still, many cryptocurrency enthusiasts strongly oppose regulations in the crypto market. They believe that it would hinder innovation and go against the spirit of the cryptocurrency, which has the feature of decentralization at its core. Investors and stakeholders have different opinions. Let’s see the views of experts on the crypto regulatory landscape and why they consider it to be good for investors.

While a regulatory framework has the potential to stabilize the crypto market, it’s still a highly volatile and speculative investment.

The government’s effort to design a regulatory framework

The report of the Financial Stability Board also analyses the developments that will take place throughout the year 2022. The report also shed light on the progress of central bank digital currencies (CBDCs) in more than 91 countries across the globe. This shows that the government is recognizing the potential of digital currencies. The government continues to put effort further and policymakers need to do significant work to design a comprehensive regulatory system that can foster innovations and allow the broader public to adopt digital assets. CBDCs could enhance tax compliance and track financial transactions in a better way. But on the contrary, it can become a severe hindrance in the way of cryptocurrency adoption. This could even replace some decentralized digital currencies as CBDCs profit from stability, and it believes that government institutions inspire many consumers.

Crypto needs a well-regulated system that can make sure to foster innovations, and progress should not be hindered. Cryptocurrency has the potential to become a more equitable future and can renew the financial system.
“This story has been published by CoinChapter.com and the information contained in this article is for only informational purposes. It does not present any investment advice nor does it serve as a substitute for individual investment.” 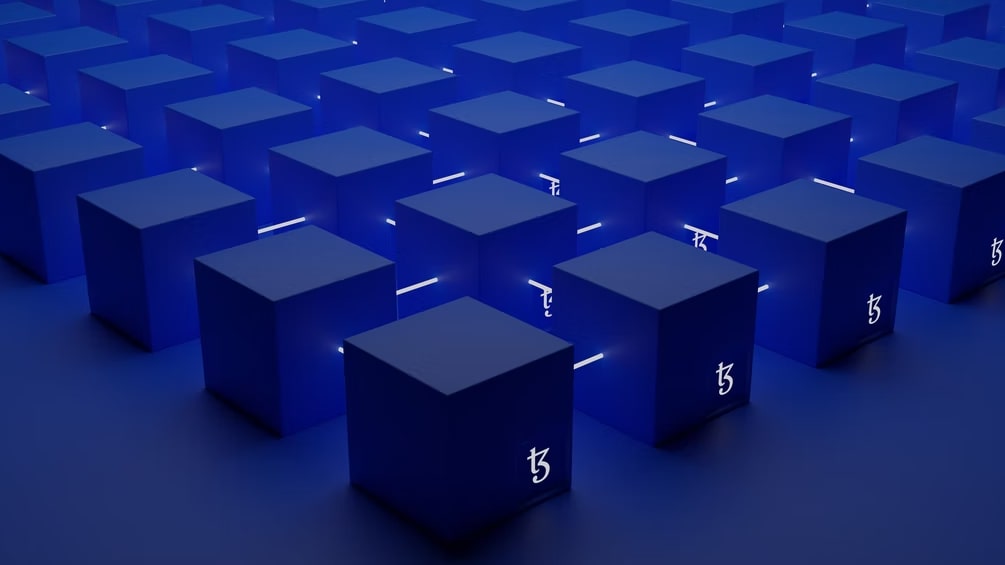 Ever since the creation of Bitcoin in 2009, the world has witnessed a massive boom in cryptocurrencies and their trading. Every day new currencies are being developed and posted on various crypto trading platforms. More than 2,000 currencies are in circulation, with a total market capitalization of more than $ 700 billion.

All of this happens on a cryptocurrency exchange. It is simply an online platform where you can purchase, hold, or exchange cryptocurrencies for another digital currency or fiat money (USD, EUR, etc.). Exchanges that facilitate the buying and selling of cryptocurrencies are the most popular way to trade because they provide retail and institutional traders with liquidity.

The era of technology introduces the unique concept of digital coins. Digital currencies exist only in electric form, as the name suggests. They require platforms rather than intermediaries to trade.

Cryptocurrency exchanges such as OKX have become very popular with investors because they allow people to trade 24/7 from anywhere globally without any limit on the amount brought or sold.

However, crypto exchanges come later into the picture. First comes crypto mining and other associated technologies. Let’s go over these technologies in more depth.

A distributed ledger system is what blockchain is. It is made up of blocks that include timestamped sets of fresh transactions. Each block carries the preceding block’s hash in the blockchain, connecting the two. The linked blocks create a chain, with each subsequent block strengthening those before it.

Blockchain technology has several benefits: decentralized , immutable, transparent, secure, and fast. Decentralization means that no single entity controls the data or network; instead, it’s maintained by its users collectively.

Immutability refers to how easy it is to change data once recorded on the blockchain; because data can only be added to the end of a chain as miners create new blocks (see below), changing any historical record would require altering all subsequent blocks.

Transparency means that anyone can view transaction records. Although we’ll see below how this doesn’t compromise security, there is no intermediary when sending or receiving cryptocurrency through blockchain networks like Ethereum or Bitcoin.

Smart contracts are an exciting aspect of the blockchain because they’re a way to accomplish things without an intermediary, whether a lawyer when you want to sign an agreement or a financial institution like your bank or PayPal.

With smart contracts, everyone involved can watch everything happening in real-time on the blockchain. And since it’s open-source and auditable, no one is trying to make changes behind anyone else’s back sneakily. (That would be hard anyway with immutable ledgers.)

The order book is a list of buy and sell orders for a specific asset that shows the number of orders at different price levels. The order book provides an overview of market sentiment and liquidity and can be used to make informed trading decisions.

Decentralized exchanges are still relatively new in the cryptocurrency world. The first few decades of the 20th century used to be dubbed “the age of electricity,” meaning that a broad swath of society could access the benefits and efficiencies brought on by technology. This time around, we’ve got blockchain technologies powering everything from financial transactions to internet voting — and they’re not slowing down just because hardline cryptocurrency enthusiasts are still debating how decentralized they can get.

What exactly is a decentralized exchange? As you might have guessed, it’s an exchange where no one party has control over your assets or personal information. Instead, you engage with them directly through your Bitcoin address and private keys — no broker needed.

You can think of them as a more secure alternative to the big exchanges, which operate like traditional stock brokerages. Their servers hold records about who owns what and make trades behind closed doors on behalf of their users. To keep track of their users’ assets, they have centralized databases full of data that a hacker could potentially use against you if they got into those computers and stole user information.

If an exchange is so centralized, it’s not even required by regulators or banks to be fully open-source and transparent about its inner workings (like its trading software). It’s just not technically decentralized yet — for now, at least.

The other advantage decentralized exchanges offer immediately is faster trade execution times than most traditional exchanges. With all this being said: Decentralized exchanges are still a pretty new technology with some growing pains ahead before they become widely adopted by traders everywhere — and that makes sense since these things have been around less than five years now!

However, once they’re ready for prime-time status among crypto investors ( 2015 saw the emergence of Litecoin and Ethereum ), we expect decentralized exchanges will continue to gain ground as a convenient alternative for traders looking for privacy or efficiency in their marketplace trading experience (if there’s anything better).

A straightforward definition would be a platform where the user can trade one asset for another asset. The whole system works under one central database or server, operated by one organization or individual entity which keeps track of all trades on its platform. All trades are being processed through this central entity, and you need to trust them for your funds’ security; otherwise, your funds could be stolen at any moment as there is no decentralized way of handling things.

Now that you know the technology behind cryptocurrency and blockchain, think about how you can use it in your business. Many companies have already taken advantage of this technology. It’s time you start investing in technology. If you are an individual looking to strengthen your personal finance game, crypto is the way.