Aggiornamento in Medicina by Xagena 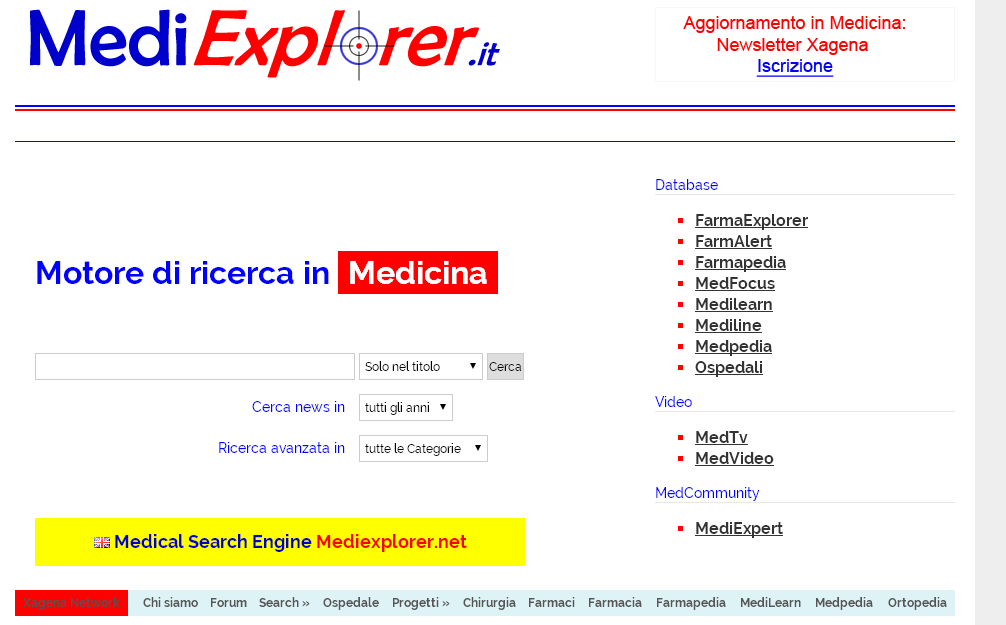 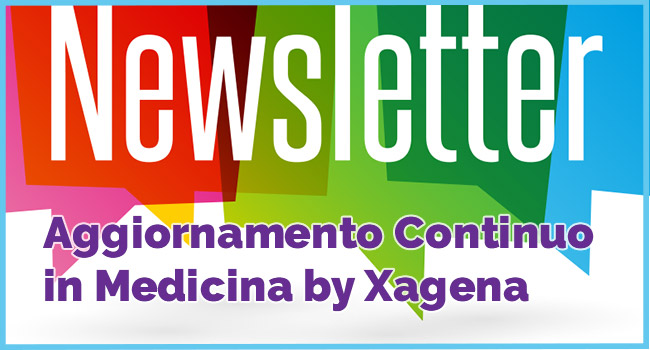 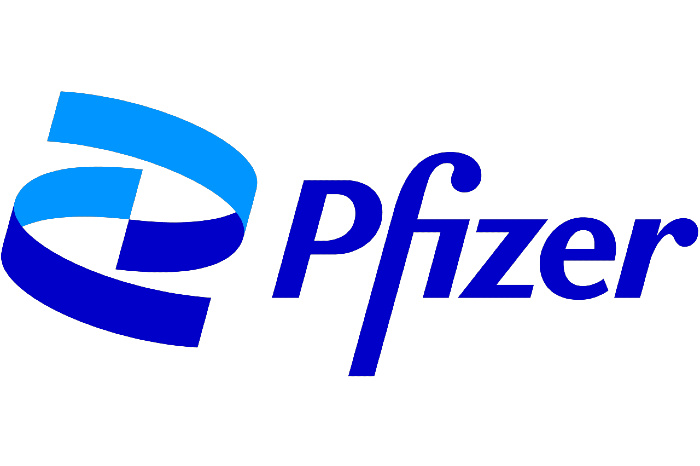 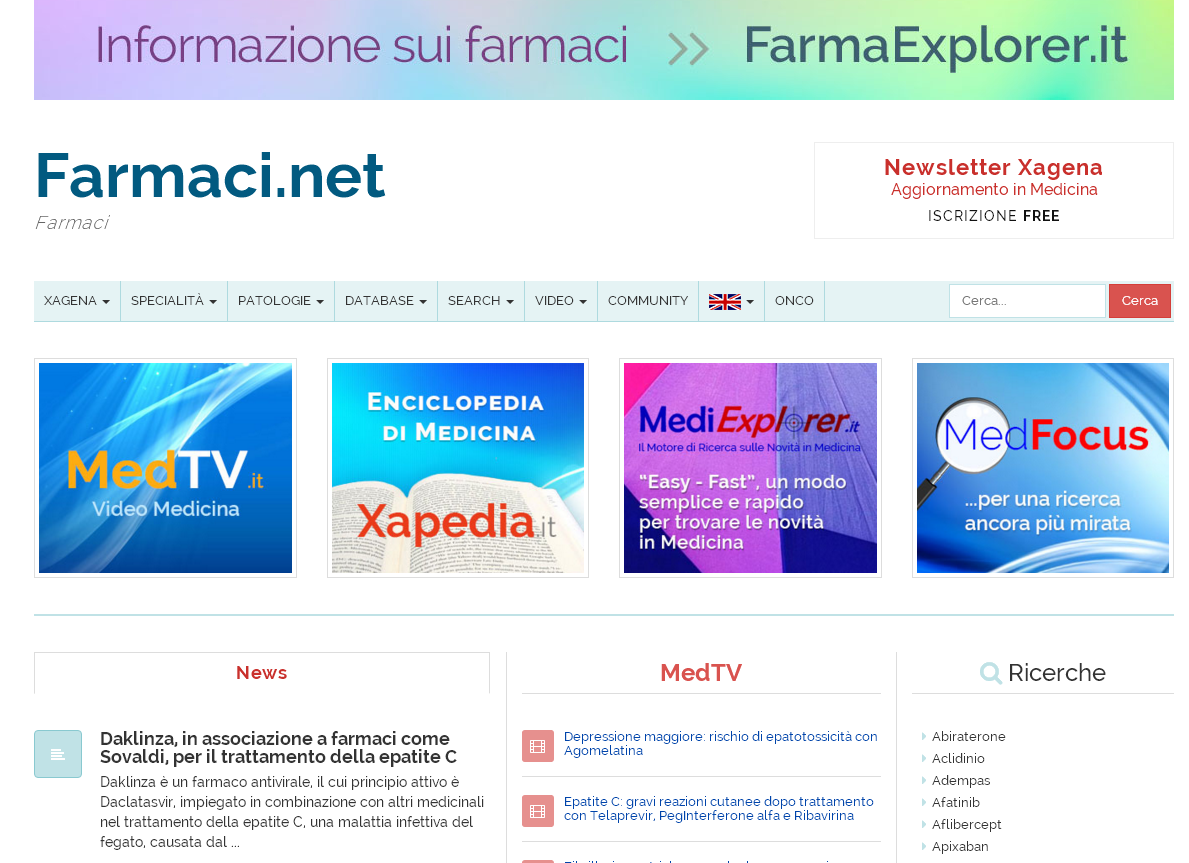 1. Name of the medicinal product

Lagevrio is indicated for treatment of mild to moderate coronavirus disease 2019 (COVID-19) in adults with a positive SARS-COV-2 diagnostic test and who have at least one risk factor for developing severe illness (see sections 4.2 and 5.1 for information on posology and limits of clinical trial population).

4.2 Posology and method of administration

The recommended dose of Lagevrio is 800 mg (four 200 mg capsules) taken orally every 12 hours for 5 days. The safety and efficacy of molnupiravir when administered for periods longer than 5 days have not been established (see section 5.1).

Lagevrio should be administered as soon as possible after a diagnosis of COVID-19 has been made and within 5 days of symptom onset (see section 5.1).

No dose adjustment of Lagevrio is required based on age (see section 5.2).

No dose adjustment is required for patients with renal impairment (see section 5.2).

No dose adjustment is required for patients with hepatic impairment (see section 5.2).

The safety and efficacy of Lagevrio in patients below 18 years of age have not been established. No data are available (see section 5.1).

Hypersensitivity to the active substance or to any of the excipients listed in section 6.1.

4.4 Special warnings and precautions for use

This medicinal product contains less than 1 mmol sodium (23mg) per dose of 4 capsules, that is to say essentially ‘sodium-free’.

4.5 Interaction with other medicinal products and other forms of interaction

No drug interactions have been identified based on the limited available data. No clinical interaction studies have been performed withmolnupiravir. Molnupiravir is hydrolysed to n-hydroxycytidine (NHC) prior to reaching systemic circulation. Uptake of NHC and metabolism to NHC-TP are mediated by the same pathways involved in endogenous pyrimidine metabolism. NHC is not a substrate of major drug metabolising enzymes or transporters. Based on in vitro studies, neither molnupiravir nor NHC are inhibitors or inducers of major drug metabolising enzymes or inhibitors of major drug transporters. Therefore, the potential for molnupiravir or NHC to interact with concomitant medications is considered unlikely.

There are no data from the use of Lagevrio in pregnant women. Studies in animals have shown reproductive toxicity (see section 5.3).

Lagevrio is not recommended during pregnancy. Women of childbearing potential should use effective contraception for the duration of treatment and for 4 days after the last dose of Lagevrio (molnupiravir).

It is unknown whether molnupiravir or any of the components of molnupiravir are present in human milk, affect human milk production, or have effect on the breastfed infant. Animal lactation studies with molnupiravir have not been conducted.

Based on the potential for adverse reactions on the infant from Lagevrio, breast-feeding is not recommended during treatment and for 4 days after the last dose of Lagevrio.

There were no effects on female or male fertility in rats at NHC exposures approximately 2 and 6 times respectively, the exposure in humans at the recommended human dose (RHD) (see section 5.3).

4.7 Effects on ability to drive and use machines

No studies on the effects on the ability to drive and use machines have been performed.

Summary of the safety profile

In an interim analysis of a Phase 3 trial of subjects with mild to moderate COVID-19 treated with molnupiravir (n=386), the most common adverse reactions (≥1% of subjects) reported during treatment and during 14 days after the last dose were diarrhoea (3%), nausea (2%), dizziness (1%) and headache (1%) all of which were Grade 1 (mild) or Grade 2 (moderate).

Reporting suspected adverse reactions after authorisation of the medicinal product is important. It allows continued monitoring of the benefit/risk balance of the medicinal product. Healthcare professionals are asked to report any suspected adverse reactions via the Coronavirus Yellow Card Reporting site or search for MHRA Yellow Card in the Google Play or Apple App Store.

There is no human experience of overdosage with Lagevrio. Treatment of overdose with Lagevrio should consist of general supportive measures including the monitoring of the clinical status of the patient. Haemodialysis is not expected to result in effective elimination of NHC.

Molnupiravir is a prodrug that is metabolised to the ribonucleoside analogue N-hydroxycytidine (NHC) which distributes into cells where it is phosphorylated to form the pharmacologically active ribonucleoside triphosphate (NHC-TP). NHC-TP acts by a mechanism known as viral error catastrophe. NHC-TP incorporation into viral RNA by the viral RNA polymerase, results in an accumulation of errors in the viral genome leading to inhibition of replication.

The relationship between NHC and intracellular NHC-TP with antiviral efficacy has not been evaluated clinically.

No amino acid substitutions in SARS-CoV-2 associated with resistance to NHC have been identified in Phase 2 clinical trials evaluating molnupiravir for the treatment of COVID-19. Studies to evaluate selection of resistance to NHC with SARS-CoV-2 in cell culture have not been completed.

Clinical data are based on an interim analysis of data from 775 randomised subjects in the Phase 3 MOVe-OUT trial. MOVe-OUT was a randomised, placebo-controlled, double-blind clinical trial studying molnupiravir for the treatment of non-hospitalised patients with mild to moderate COVID-19 who were at risk for progressing to severe COVID-19 and/or hospitalisation. Eligible subjects were 18 years of age and older and had one or more pre-defined risk factors for disease progression: 60 years of age or older, diabetes, obesity (BMI >30), chronic kidney disease, serious heart conditions, chronic obstructive pulmonary disease, or active cancer. The study included symptomatic subjects not vaccinated against SARS-CoV-2 and who had laboratory confirmed SARS-CoV-2 infection and symptom onset within 5 days of enrolment. Subjects were randomised 1:1 to receive 800 mg of Lagevrio or placebo orally twice daily for 5 days.

At baseline, in all randomised subjects, the median age was 44 years (range: 18 to 88 years); 14% of subjects were 60 years of age or older and 3% were over 75 years of age; 52% of subjects were male; 52% were White, 6% Black or African American, 2% Asian; 58% were Hispanic or Latino. Forty-nine percent of subjects received Lagevrio or placebo within 3 days of COVID-19 symptom onset. The most common risk factors were obesity (77%), 60 years of age or older (14%), and diabetes (14%). Overall, baseline demographic and disease characteristics were well balanced between the treatment arms.

*Risk of difference of molnupiravir-placebo based on Miettinen and Nurminen method stratified by time of COVID-19 symptom onset (≤3 days vs. >3 [4-5] days).

(†) Defined as ≥24 hours of acute care in a hospital or an acute care facility (e.g., emergency room).

(‡) Subjects with unknown status at Day 29 are counted as having an outcome of all-cause hospitalisation or death in the efficacy analysis.

Note: All subjects who died through Day 29 were hospitalised prior to death.

The Agency has deferred the obligation to submit the results of studies with Lagevrio in one or more subsets of the paediatric population (see section 4.2 for information on paediatric use).

Molnupiravir is a 5´-isobutyrate prodrug that is hydrolysed to NHC prior to reaching systemic circulation. The pharmacokinetics of NHC are similar in healthy subjects and patients with COVID-19.

The pharmacokinetics of NHC at steady-state following administration of 800 mg molnupiravir every 12 hours are provided below in Table 3.

Table 3: Pharmacokinetics of NHC after administration of 800mg Lagevrio every 12 hours

(†) Values were obtained from a Phase 1 study of healthy subjects.

Effect of Food on Oral Absorption

In healthy subjects, the administration of a single 200 mg dose of molnupiravir with a high-fat meal resulted in a 35% reduction in NHC peak concentrations (Cmax), AUC was not significantly affected.

NHC does not bind to plasma proteins.

The effective half-life of NHC is approximately 3.3 hours. The fraction of dose excreted as NHC in the urine was ≤3% in healthy participants.

Lagevrio has not been studied in paediatric patients.

Renal clearance is not a meaningful route of elimination for NHC. No dose adjustment in patients with any degree of renal impairment is needed. In a population PK analysis, mild or moderate renal impairment did not have a meaningful impact on the pharmacokinetics of NHC. The pharmacokinetics of molnupiravir and NHC has not been evaluated in patients with eGFR less than 30 mL/min or on dialysis (see section 4.2).

Carcinogenicity studies with molnupiravir have not been conducted.

Molnupiravir and NHC were positive in the in vitro bacterial reverse mutation assay (Ames assay) with and without metabolic activation. In 2 distinct in vivo rodent mutagenicity models (Pig-a mutagenicity assay and Big Blue® (cII Locus) transgenic rodent assay) molnupiravir did not induce increased mutation rates relative to untreated historical control animals, and therefore is not mutagenic in vivo. Molnupiravir was negative for induction of chromosomal damage in in vitro micronucleus (with and without metabolic activation) and in vivo rat micronucleus assays. Based on the totality of the genotoxicity data, molnupiravir is of low risk for genotoxicity or mutagenicity in clinical use.

There were no effects on fertility, mating performance or early embryonic development when molnupiravir was administered to female or male rats at NHC exposures approximately 2 and 6 times, respectively, the human NHC exposure at the recommended human dose (RHD).

This medicinal product does not require any special storage conditions. Store in the original package.

6.5 Nature and contents of container

6.6 Special precautions for disposal and other handling

Any unused medicinal product or waste material should be disposed of in accordance with local requirements. 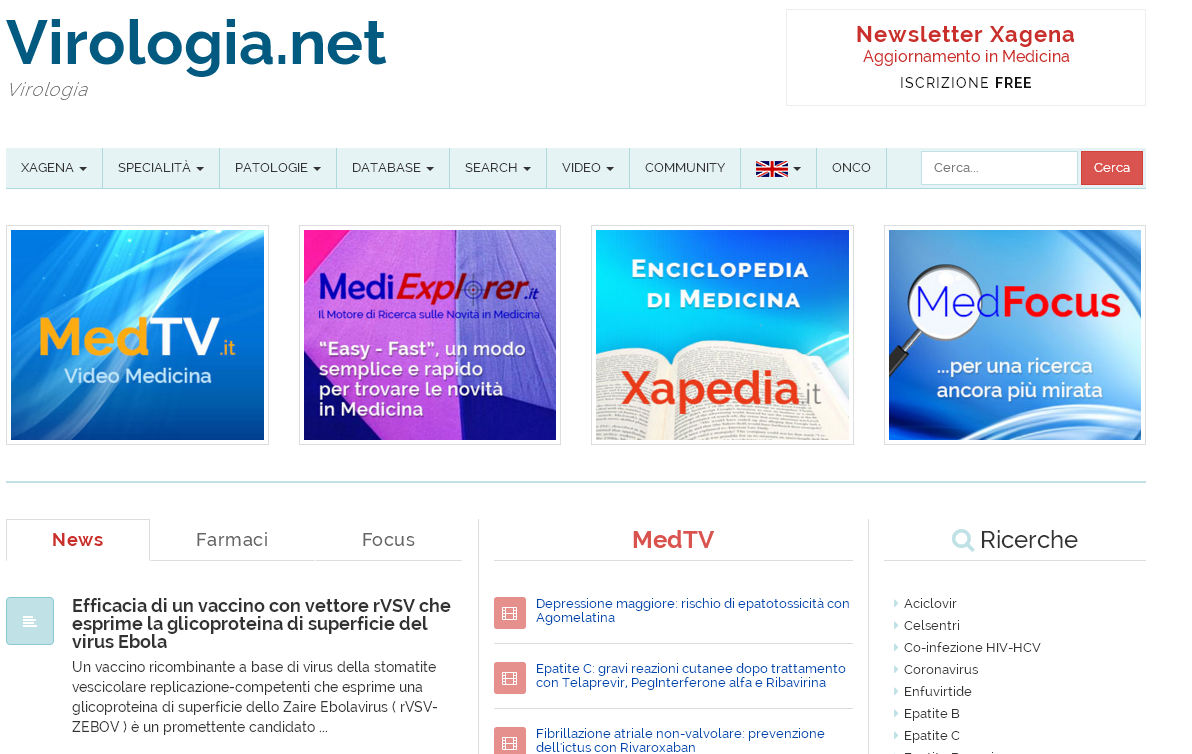 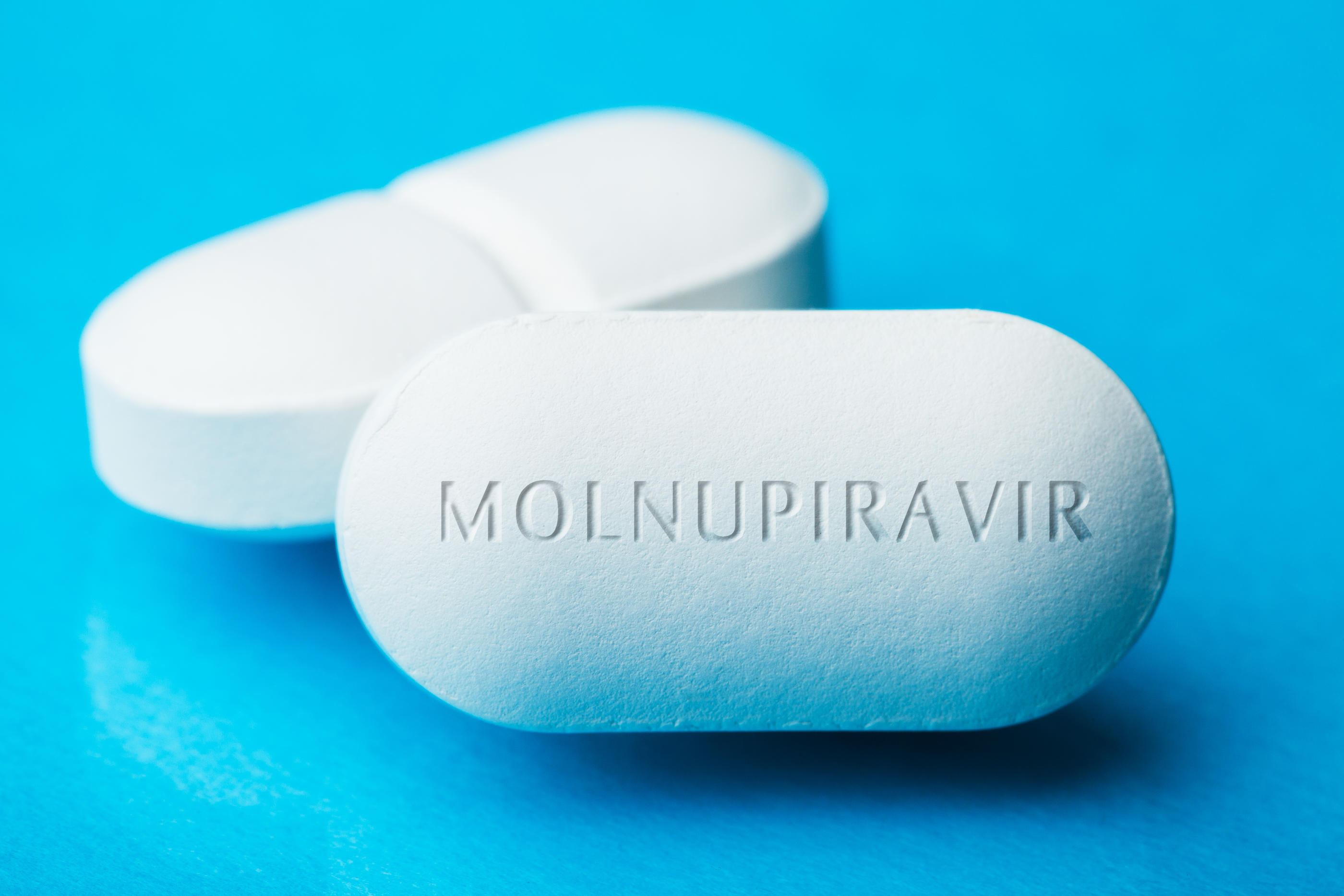